Radcliffe & Co are proud sponsors of Michelle Fulford who took on a challenge that would take her to the rooftop of Africa. Michelle is a member of Team GC along with 19 other ladies who all hope to inspire others to push their boundaries by sharing their adventure to the infamous Mount Kilimanjaro.

This is not your ordinary charity fun run as you can imagine, it takes great strength and determination to attempt an expedition of this magnitude. We at Radcliffe & Co were delighted when given the opportunity to help support this amazing cause.

Their gruelling 8 day journey began on the 12th October with a trek from the Lemosho Glades to the Mti Mkubwa (big tree) campsite. This was followed by four days of walking and five climate zones as the team continued their ascend.

During the early hours of Thursday 17th October, following an exhausting 12 hour hike, the team managed to battle through severe weather conditions and eventually reached the summit at Uhuru Peak which stands at 19,341ft.

Michelle’s climb was in aid of supporting a local charity, the Murray Parish Trust. The total amount she raised was just under £6,000 which will go towards helping the Murray Parish Trust to raise funds to advance paediatric emergency medicine, ensuring that children affected by major trauma have the chance to receive the best possible care.

The charity was set up by the actors Sarah Parish and James Murray, in memory of their late daughter Ella-Jayne, who died from congenital heart failure in 2009.To date, the Murray Parish Trust has helped raise over £2.5 million for University Hospital Southampton, which serves as the major trauma centre for nine counties and islands across the South of England.

We all would like to say a massive congratulations to Michelle and the rest of Team GC for this outstanding accomplishment and their ongoing efforts to support such a wonderful cause. 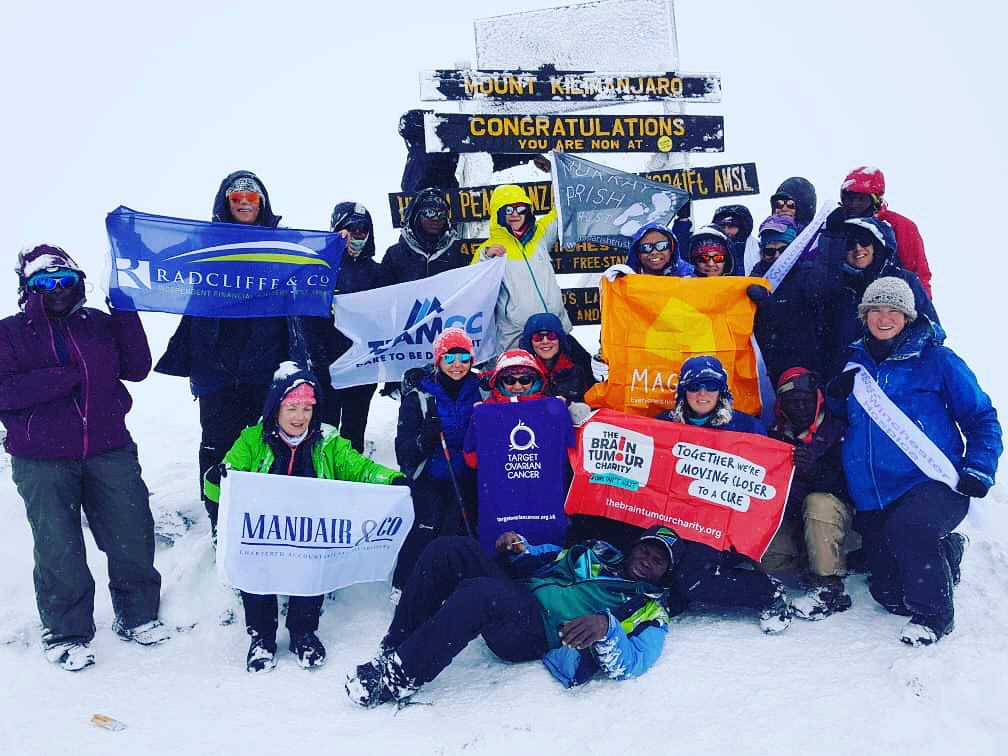